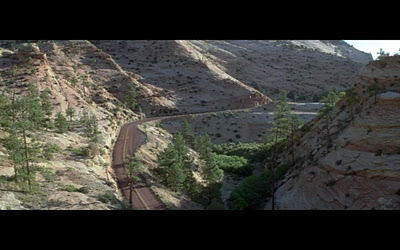 Just an interesting note.
One would probably not normally associate The Shining, Stanley Kubrick's 1980 big screen adaptation of a Stephen King novel, with The Car, a low-budget 1977 film about a possessed Lincoln Continental Mark III.
However, there are some weird coincidences or very similar inspirations in the openings of each movie.
For one, both films use the final movement of Berlioz's Symphonie Fantastique as the spine of their respective opening music. Berlioz patterned some of the music on the famous Dies Irae.
Kubrick's The Shining starts with a bold opening sequence. The helicopter mounted camera follows a small yellow car, driven by the protagonist through a winding mountainous road. For a first-time viewer, it may seem disorienting that this particular film, about a family snowed-in and succumbing to cabin fever, would have such an expansive visual canvas.
But coupled with the ominous music, the sequence grows more and more unsettling, as we follow that little car, hopelessly surrounded, towered-over, by nature.


As I stated above, 1977's The Car starts with pretty much the same musical passage as the credit sequence of The Shining. (Clip below has the score.)


And, surprisingly, the first minutes of The Car also feature shots of a road winding through California desert foothills. 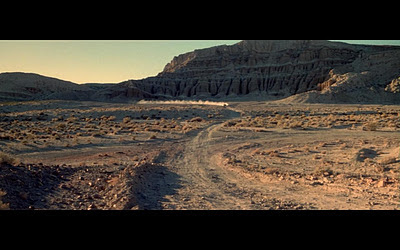 In both opening sequences, a tunnel makes an appearance as well. 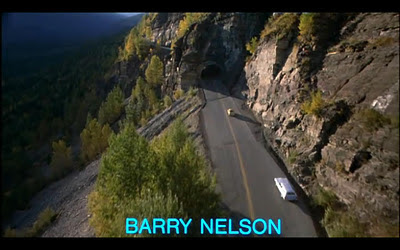 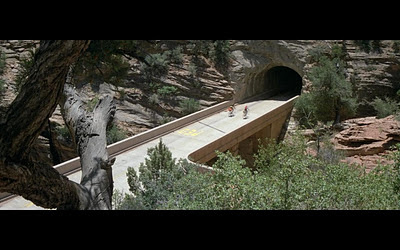 Both films were made in roughly the same time period as well.