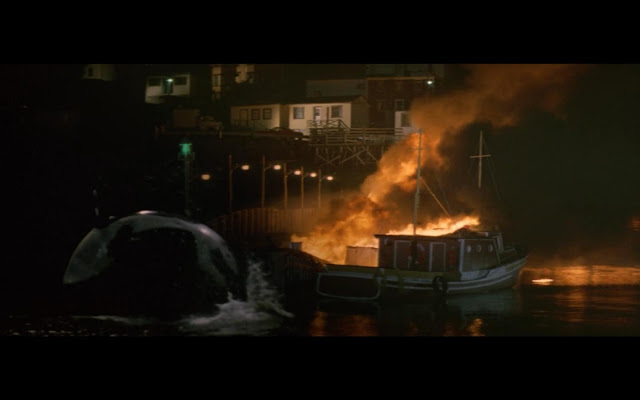 In 1977, movie mogul Dino DeLaurentis hopped on the killer shark train and fast-tracked a high seas leviathan horror picture that now occupies a strange position in the B-cinema archives.

The resulting movie, Orca, a tale of a vengeful killer whale in mortal combat with a grizzled fisherman, sank at the box office and was harpooned by the critics, but it strangely never entered the realm of Ed Wood-dom, the kind of movie that is so bad it's good.

Instead - if reading comments on YouTube clips of the film or on various message boards is any indication - the film has attained cult status as a kind of eco-horror show.

Watching it today, it is difficult to understand the vitriol it faced from its harshest critics.  After the visceral thrill ride of Steven Spielberg's Jaws just two years earlier, many must have thought the lugubrious pace of Orca to be interminable and inexcusable for a killer fish picture. 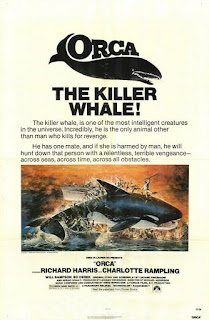 And the story really is ridiculous.  Richard Harris plays salty Captain Nolan, (an obvious rip-off of Robert Shaw's Quint from Speilberg's movie,) a fisherman who has his sights set on corralling a great white shark for possible sale to an aquarium.  His plans are foiled by the unexpected appearance of a killer whale that literally blasts the great white out of the water.

After a local scientist, (Charlotte Rampling) doing research off the coast of Nolan's fishing village, lectures Harris on the uniqueness of these creatures and their limitless intellectual capacity, Nolan decides to try and catch one.  This leads to an all out battle between man and giant predator that strains credulity to the breaking point and then pushes further.

It would seem that this movie would be ripe for midnight screenings, especially since it includes a scene in which the titular orca demonstrates knowledge of how to dismantle a natural gas line and then even knocks over a lantern to ignite the fumes.

Why then, is Orca not so bad it is good?  There are a couple things working to save it.

Right from the opening frames, where the titles alternate with some type of sonar tracking device, Morricone's simple notes are almost a counterpoint to  John Williams' famous opening bars of the Jaws soundtrack.


Second is the beautiful location in which the film takes place.  Filmed in Newfoundland, the vistas and colors of the fishing village are stunning. 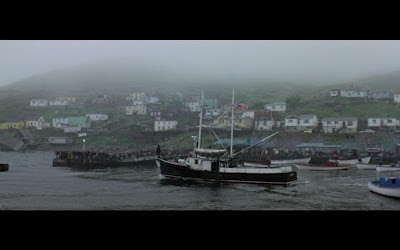 For years, Orca was only available on a pan and scan VHS transfer, but now it can be seen on DVD with its original widescreen presentation. 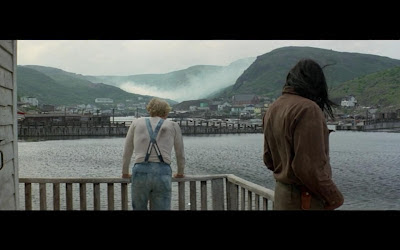 And there are some really good shots as well - shots that would probably be iconic in a better movie. 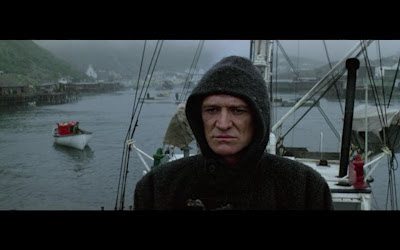 Lastly, the screenplay, despite hampering the film on a scene by scene basis, charts a story with an epic sweep that Morricone's score helps to buoy through to the end. Rather than throwing together a shark-eats-swimmers gore fest, the writers of Orca, (who also penned many Sergio Leone films,) tried to fashion a revenge tale that cobbles together elements of Moby Dick and Greek tragedy.

When the film is this realm, it is actually not bad, and Richard Harris is very good as a man who is deeply troubled by his action, (the movie contains a stunningly horrific scene in which Captain Nolan, in his zeal to capture a killer whale maims and kills a female whale and its baby,) and therefore obsessed with this creature that is more and more unpredictable. 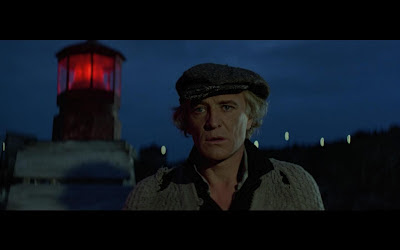 In the heart of the film, there is a great scene where Harris goes down to a jetty because somebody has told him that a fin was spotted there.  He goes at dusk and looks out at the water, but he sees nothing - only the gentle water. He smirks and then turns away to leave. There is the smallest splashing sound, and he turns around again.  He waits, looking out over the dark water for a long moment.  He is just about to turn again, when he hears more gentle splashing and sees the water roiling just a bit.  Then, as he strains to see in the gathering darkness, there is the movement of white and black under the surface of the water.  When the film is focused like this, it is compelling.

However, when the film is trying to shoehorn in spectacular explosions and orca attacks on Harris's crew, the results are eye-rolling.  (I won't go into the horrible expository dialogue.)

The finale of Orca certainly turns the tables on the ending of any of the Jaws films. I remember being surprised and troubled by it when I saw the movie as a kid.  But the sequence seems rushed, and the execution of it is edited badly and shot clumsily.

The idea of the climax taking place in the icy north Atlantic is a good one, but the actual scenes were shot in Malta, using iceberg mock-ups, so the power of it is diminished and the visuals are almost laughable.  More unfortunate is the fact that this is the worst part of the picture transfer on the currently available DVD and streaming options. 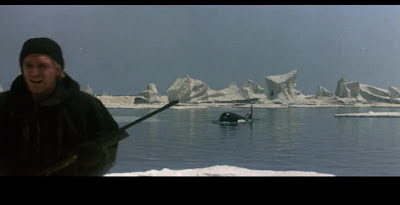 The way the ending is handled is symbolic of the way the rest of the film is handled. Somewhat mythic and poetic ideas, choked off by attempts to also deliver a monster movie.

The movie is currently available on Netflix streaming.