Moneyball - Visual Strategy - Ghosts of the Past

Moneyball is an interesting film.  It is not entirely successful, but at the very least, (unlike many Hollywood films these days,) it takes its shots and design seriously.

Here are just some of the shots which emphasize the weight of the game's past on the shoulders of Billy Beane, played by Brad Pitt.

In these cases, the old photos of baseball's great teams and players loom heavily in front of him, behind him, and over his shoulder. 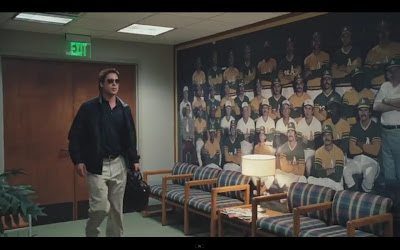 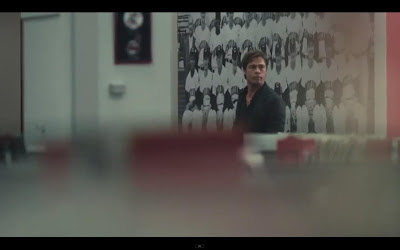 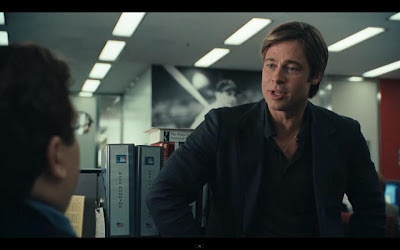 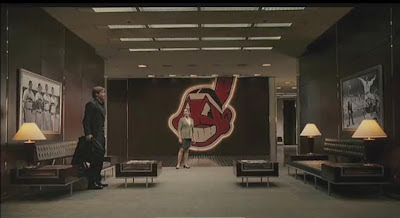